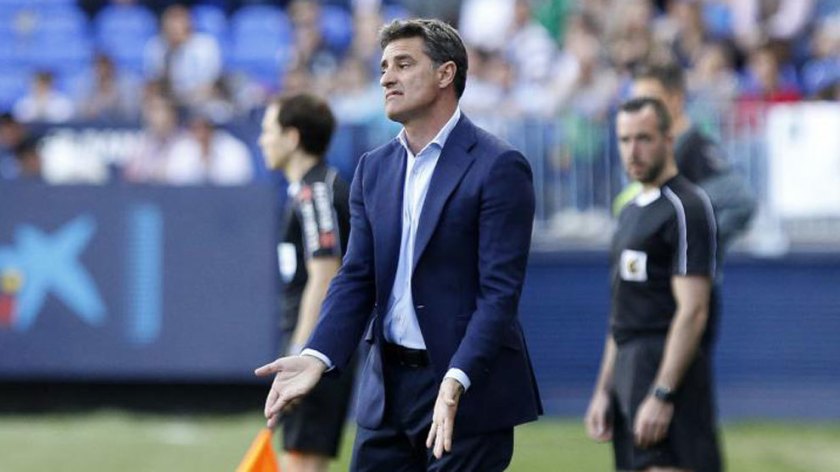 Funny guy, José Miguel González Martín del Campo – better known as Michel and currently on most betting slips as the next coach who will be drawing unemployment benefit in Spain.  Well, he probably doesn’t need to draw his next wage slip from the state, having been employed for the last seven months by Sheikh Abdullah Al Thani, who’s not without a penny or two. But he’s entitled to, if he wants. He’s signed a contract until June 2018, so there’ll be a decent whack of severance pay if he’s shown the door after the team’s latest 0-2 defeat at home to the mighty Leganés.  Then again, one should not poke fun at the visitors, the victory being their third away from home this season, giving them a possible sniff of Europe and sixth place in the league as I tap at the keyboards on Sunday night.

Thanks to Valencia’s bonkers 3-6 win at Betis, Leganés finished the weekend in the unusual surroundings of the Europa League placings, which is hard-core vertigo for them after surviving by the skin of their teeth in their debut season last campaign.  Poor old Michel was probably thinking that he could kick-start his season with Sunday night’s home game against them, but he was very wrong.  One of the reasons was the excellent  Alexander Szymanowski, one of those strange nomadic footballers who do very little for years, contributing the minimum and  constantly moving on, only to find random nirvana at the age of 27 with Leganes in the Second Division, developing into a seriously good player in the top flight.  Watch the poise of his goal on Sunday night, where he finally puts the home side to rest with a fantastic burst into space which takes out the entire Malaga defence – but then again the Malaga defence is not in the best of health at the moment.

The fans were calling for Michel’s well-groomed head by the end, but that’s par for the course.  Last week the sports director Francesc Arnau got the boot, as though Al Thani were looking for a sacrificial lamb to toss to the baying hordes, and meanwhile keep his coach in position.  Maybe he craves some sort of stability, given the fact that Michel was the last man of three to manage the side last season, and only turned up in March, having been in a previously troubled and short-lived marriage a t Marseille.

Michel is a good-looking chap, talks a good game on the media and has worked for both Spanish TV and radio when not employed as a coach.  He’s brighter than your average, and was always seen as Real Madrid’s coach-in-waiting, or Spain’s.  He represented an emotion at the Bernabéu that now seems to be on the wane, namely the symbolic hiring of a Madrid-born coach who had also served significantly as a player – the last example being Miguel Muñoz in the mid’ 1970s.  The ill-fated choice of Rafa Benitez, who played for Castilla but never made it to the first team, didn’t quite fit the picture, so Michel was always the emotional choice.  He did decent jobs at Getafe and then at Olympiakos, but has never stayed long enough in one place to convince a big-time employer that he could be up there with the bigger managerial names.  Maybe he has simply suffered the misfortune of having to prove himself in awkward places, unlike some of his more fortunate contemporaries.  I keep looking at the football stop-press to see if he’s been sacked, but at 22.00 on Sunday night, he’s still contributing his taxes.

In the end, maybe he’ll  be best remembered for fiddling with Carlos Valderrama’s fishing tackle, when the Colombian was at Valladolid, playing against Real Madrid.  It remains one of La Liga’s iconic moments, and prompted the following wonderful statement from UEFA (who fined Michel for the action) that “manipulating in public that of your neighbour which is a gift given exclusively to males by nature” violated UEFA’s rule which protected a player’s dignity.

Now Michel’s dignity is up for grabs (as it were) with his team rock-bottom of La Liga with one point from a possible twenty-four.  And as the Spanish say of those in permanent misfortune, ‘To the skinny dog, come nothing but fleas’.  Next Saturday the skinny dog has the perfect opportunity to turn its season around with a visit to Barcelona (insert smiley icon).  But you never know.  Stranger things have happened, and Barcelona might be tired after their home Champions League game against Olympiakos, ironically.

I was working in Vienna last week, with a schedule that unfortunately took in Saturday too, but I managed to stream the Alavés v Real Sociedad game on the excellent wi-fi in my hotel.  Apart from that, it was home on Sunday and a look back at the goals and some of the action I missed, the Atlético v Barcelona game (which coincided with an invite to dinner, damn!) being a particular one that I had fancied watching.  As my colleague Eduardo remarked in his preview, the game had just about everything going for it, with or without the accompanying politics.  It didn’t disappoint, with Atlético shading the first half and then retiring into their shells in classic fashion, to protect their 1-0 lead.  Luis Suarez equalised after a bit of tinkering by coach Valverde, and although Barça lost their 100% record, they were probably happy to avoid defeat.  Atlético, on the other hand, still seem unable to decide whether they really believe they can repeat their title success of 2014, or whether they’ll just let that season snuggle down into their soul, to have and to hold for ever – but never to achieve again.  It’s a strange mindset, contradicted by their ambitious new stadium and cleaner-cut look, but consolidated by the creeping feeling in Wanda-land that Cholo Simeone has gone as far as he can.  Everyone thinks that Antoine Griezmann thinks that, which is why he would have been playing in Paris, Manchester or London this season had it not been for the transfer ban imposed on the club.  They’re still a fine side, gnarly and competitive with oodles of quality (Saúl is turning into their brightest star this season), but in the second half of the Barça game, so I’m told, they looked a big-time second best .

Not only that, but Valencia’s amazing win at Betis moves them up to 2nd place and pushes Atlético down to 4th.  The game always looked as though it might be a good one too, with both sides much improved from the doldrums of last season.  However, no-one had quite expected to see Valencia go 0-4 up by the 74th minute, and even less see Betis pull back three goals in the space of five mad minutes, suddenly raising the prospect of one of La Liga’s greatest-ever comebacks.  Just to spoil the home party, Valencia scored a further two goals in the final five minutes to seal a bizarre but significant win, especially with Sevilla slipping up in Bilbao.  Indeed, Valencia can expect an unusually warm welcome from their fans next Saturday when they entertain Sevilla.  The Andalucian side must travel to play in Moscow on Tuesday and then pack their bags again on Friday to play a third consecutive away game, probably with their tongues hanging out.  It’s all smiles at Valencia at the moment, and not before time.

Betis are at home again next week, and you suspect that their fans will forgive, since there’s hardly been a dull moment of late.  They’ve scored eleven goals in their last three games, but only secured four points, conceding ten in the process. That’s entertainment.  The next potential victims are Alavés. Will they park the bus, get off the bus, or will they throw caution to the soft Andaluz wind whilst they happily mix their metaphors?  We shall see.  Oh – and then there’s the small matter of the Bernabéu on Tuesday night, where, in Guardiola parlance, the Kane Team play the Cristiano Team.  It’s all happening. Smooth your sofas, order the take-away and just enjoy.