Earlier this week, Tottenham Hotspurs’ coach Mauricio Pochettino said that “Our objective is to try to win the Premier League and the Champions League. For me, two real trophies”.

This column wholeheartedly agrees with Pochettino’s ambition. We only want to write about real trophies too. In the middle of the week, this scribe successfully avoided the temptation of jotting down a few lines about the Copa del Rey: nothing more boring than its two-legged, extremely uneven early stages.

We need real trophies or, quoting Poch again, “trophies that will change our lives”. And while that happens, let’s take a look at the tenth week in La Liga.

Valencia are on a roll. Not only have they won their last five matches, scoring 21 goals in the process, but they look so good that Phil devoted  an almost full piece to describing their talents. Mind you, in other cases a laudatory article from Mr Ball has become the kiss of death for the glossed subject, derailing careers – I still remember his piece comparing Iker Muniain with Wayne Rooney, for instance –, but what can I say, when I have extremely harsh lines about the young versions of Casemiro and Morata in my own closet…

The fact is that the visitors perhaps feel a bit too good about themselves, while Alavés have improved under Gianni de Biasi, and can take advantage of their narrow pitch to make Valencia’s life tougher. Let’s go for a draw to start this Quiniela with a calculated risk, and enjoy the pleasures of living dangerously.

A must watch: the well-oiled, but low-scoring Simeone machine versus the still-not-quite there, but-extremely-entertaining Villarreal, coached by Javier Calleja. A recent proof of the visitors’ lack of consistency: after three wins in a row, they managed to lose their easiest match of their season so far, their midweek Copa del Rey tie against Ponferrada, currently at the bottom of their group in the Spanish Second Division B, aka Third Division.

Calleja wasn’t happy, but did not lose it over one defeat: “I’m sure we can come back from this”. Their challenge is the new Wanda Metropolitano, and Villarreal would love to keep their positive record at the old Vicente Calderon. The Submarino have won two of the last three years at the Calderon, and drawn the other one.

Amazingly enough, the Calderon is still standing, and Atletico uses it to train every once in a while. Perhaps the change of scenery is one of the reasons behind their issues in front of goal: this is the lowest scoring Atletico in the last ten seasons. Vietto, Torres and Gameiro combine for one goal so far, although somehow that stat does not shock. 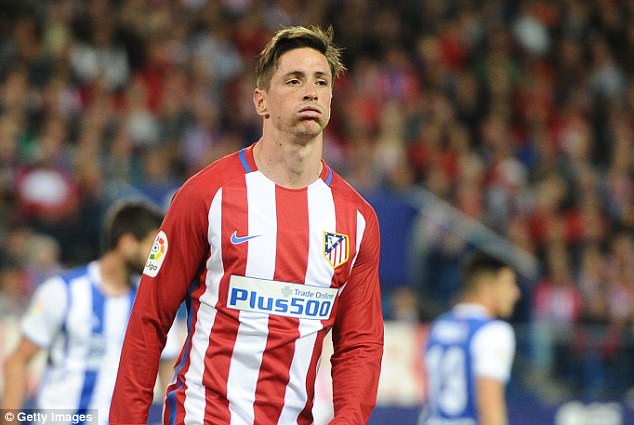 Under normal circumstances, I’d go for the hosts, but Atleti have been flirting with a poor result for a few weeks now, and karma ends by catching up with you.

The two best matches of the weekend take place consecutively on Saturday. Right after Atleti-Villarreal, the second blockbuster should be a walk in the park for Barcelona. The Azulgrana, in a great run of form led by a fantastic Lionel Messi, visit a depressing / depressed Athletic, with no gameplan, no defined line-up, no fighting spirit…

Not even their Copa del Rey trip to Formentera, a real paradise on earth, could cheer them up, as they only managed to draw against the hosts. With each passing match, coach Ziganda looks weaker and weaker, whereas his counterpart and former teammate Ernesto Valverde seems to grow stronger on Barcelona’s bench.

It’s taken a few very hot months, but eventually La Liga decided to stop playing matches at 4pm in Sevilla. True to form, they couldn’t find a decent alternative, and decided to go for the 22:30 spot. Football supporters in Sevilla, pick your poison: heart attack in the heat or 01:00 arrival at home. Yes, the latter makes more sense, but a better world is indeed possible.

This is an interesting one. Leganes play the kind of game that should get them far: tight defence, competitive mindset and plenty of energy. Of course, with a very short squad, a couple of injuries could finish their season at any point, but right now they look good enough to get a point in Sevilla.

More doubts than certainties surround coach Berizzo in these first months of tenure with Sevilla. He will adapt, but needs more stability in his line-up choices and better production from his so far hesitant forwards. I’d put my money on a 1-1 draw.

After nine matches, it’s about time that Real Sociedad decide what type of season this one will be. If they manage to tighten up at the back, they should finish in the top six. If they keep making silly mistakes and giving goals away, they will fluctuate between the 8th and the 12th spots.

This is the type of match they need to win in order to aspire to bigger and better things. Getafe, better than their ranking suggests, have conceded five times in the last ten minutes of matches.

Phil’s team should make a statement on Sunday, even if playmaker Illarramendi is suspended. By the way, do not miss this beauty from Sergio Canales in their Copa del Rey win over Lleida.

According to most media in Spain, it’s very likely that this match, sadly, will be suspended. The current political situation in Catalonia leads many to believe that it’s best if Real Madrid postpone their trip to Girona, even though thus far football has gone on without major issues. Barcelona’s visit to Atletico was almost exemplary in terms of focus on the sport, and not on the off-the-pitch stuff.

If they go ahead with it, the visitors will have to deal with an extremely hostile environment, qualitatively different from all they’ve faced in recent top-rivalry matches. But the difference in skill is significant, so time should play in their favour.

The politics-football mix is interesting at times, but it now has reached unprecedented heights in Spain, and one desperately wishes to be able to write about football and only football sooner rather than later. 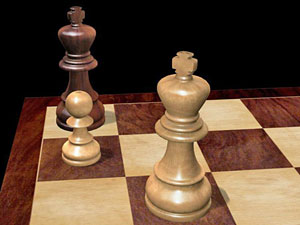 Even a La Liga junkie like myself would have to make a huge effort to watch this one. For starters, both sides wear azulgrana, which I personally find troubling. Secondly, they struggle to score: Levante have one goal to their name in the last four matches, while Eibar have scored one in their last five. It does not help that the hosts have seven players injured and the visitors miss another six. In summary, this looks like a stalemate with plenty of misplaced passes and not many shots on goal.

When the president of a club fires a coach, many run to criticise the decision, and in some instances those critics have a point. However, how Michel still keeps his job with Malaga is flabbergasting. One point of 27 in La Liga plus a brutal comeback defeat at the hands of Numancia in the Copa del Rey tell a story of poor motivation, lack of focus and minimal confidence between coach and squad. All public statements from Malaga players say the right things: “This is a final”, “We’ll get the three points”, “We support our coach”, but that’s not what we’ve seen so far from the team, especially in the last three matches, One can’t see the current Malaga defeating a Celta who have won their last two away matches scoring nine goals in the process.

Both coaches are adept “rotators”. Betis coach Setien has already used all of his players this season, while Espanyol’s Quique Sanchez Flores only has a couple of unused subs left. That should pay off come May, but at this point a well coordinated starting eleven makes the difference, and in this match Betis looks like the more incisive side. Keep an eye on Sergio Leon, who could come off the bench for Betis.

Both teams have already fired their coaches. For the hosts, it does not look like a sensible decision, as their results have gone from bad to worse. The visitors just sent Pepe Mel home, although the former striker simply did in La Coruña what he’s done in his previous jobs: look like a great character in interviews, play a mildly offensive brand of football, misjudge his team’s talent and lose quite a few very winnable matches.

The magic of the calendar has made these two teams face each other on Thursday in La Coruña, and UD Las Palmas dismantled Deportivo. A 4-1 win, recovering the so far absent, but very talented Momo, is a very emphatic precedent for Monday’s match back in Las Palmas. All points at an easy home win.

Note: Copy this easy summary to write your own quiniela and share it with us in the “Comments’ section.

(All kick-off times are CET)