I arrived back from a week in the weird and wonderful Tokyo late on Saturday night, thus missing various La Liga games of significance and the midweek King’s Cup ties.  No matter – I shall try to write something of use through my jet-lagged fog this Sunday evening, perhaps beginning in Tokyo on Thursday night where I was interviewed by the excellent journalist and writer Masa Tanabe.

Being Japan, we did the interview whilst eating.  The Japanese, if anything, are even more obsessed with food than the Basques, and the grub is excellent as a consequence – I’m not revealing any secrets here.  However, when the fugu (puffer-fish) arrived in its innocent-looking jelly below, I have to admit that I thought twice, but my politeness getting the better of me I accepted the Japanese roulette challenge, and lived on to tell the tale.

The puffer-fish moment was an interesting one because Mr Tanabe asked me, as I closed my eyes and swallowed, what it was that maintained my interest in football, year after year.  Thinking that it might be the last thing I would say about the beautiful game, before being whisked off to the local morgue, I replied that it was basically about hope – and you can’t live without that.  Every late autumn, as the new season arrives, you think that although your team was awful last season, this coming campaign will surely be better.   Despite the runes, despite the lack of signings, despite the fact that you have been thinking this for the last 40 years, it makes no difference to your fundamental optimism because until the season gets under way and reality strikes, your fantasies are as valid as those of the supporters of Barcelona, Man City or PSG.  Before things begin, everything is possible.   The same goes for midweek, when the pain of last Saturday’s defeat begins to fade into the optimism of the coming weekend’s game.  It’s absurd, but I can’t imagine how people live without this rhythm.  Time, as Einstein forgot to say, is an irritating inconvenience between football matches.

Which brings us to this weekend’s action in La Liga – Week 22 of the campaign and the sort of stage when everyone can still hope. Malaga can hope to defeat Las Palmas in the dog-eat-dog fixture and draw closer to safety. Deportivo, with 14 goals conceded in their last 3 games, can hope that the arrival of new coach Clarence Seedorf can inspire them to turn their season around.  After Barcelona’s ill-tempered 1-1-draw at Espanyol, Atlético (1-0 winners over Valencia) can toy with the idea that they still might catch the Catalans, should the leaders experience a run of bad form – something perfectly plausible given their immaculate first half to the season. Something has to give, you might say.   Real Madrid too, whose mini-revival was truncated by their poor performance at Levante (2-2), can also flex some final muscles of motivation to help them though their tricky upcoming tie with PSG.  This game was described by a witty Spanish journalist as Madrid’s ‘Goya’ appearance (the ‘Goya’ ceremony, held this last week, is Spain’s national annual film award fest), in which he wrote the header ‘And the award for best horror film is…..Neymar and Mbappé against Real Madrid’s defence’. Indeed, after watching Levante run rings around Sergio Ramos and company, any optimism might be misplaced, but the principle still stands.  Whilst February lasts, Real Madrid can at least retain the will to live.   Nevertheless, see Alves and Neymar below, rehearsing for the upcoming game. 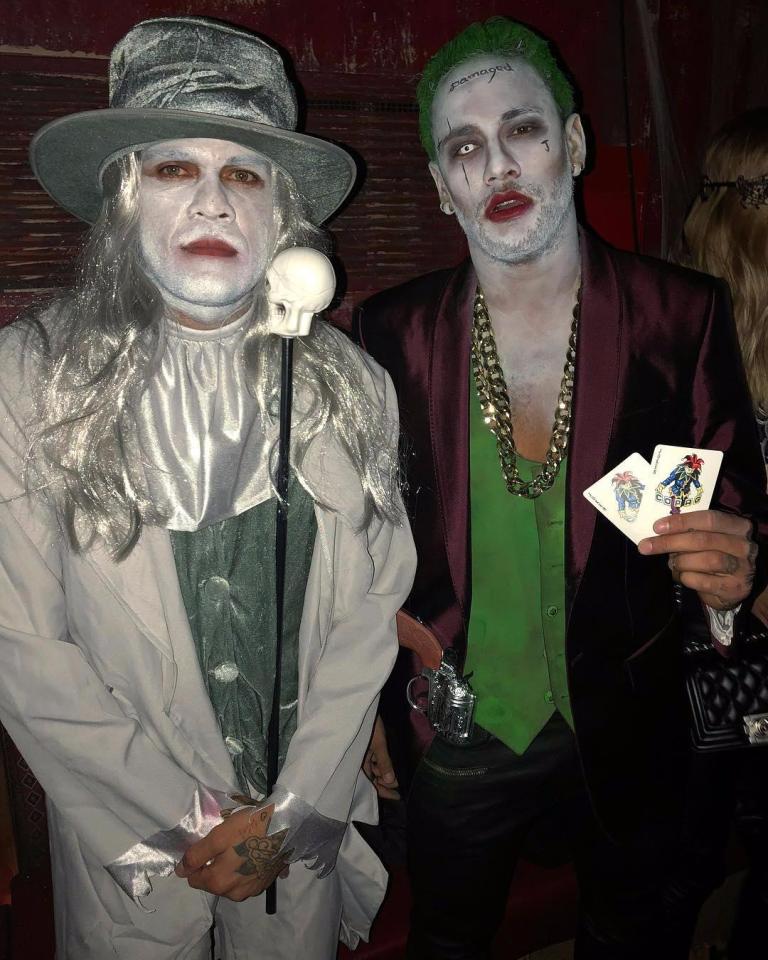 Eibar and Girona can still hope, now that their respective seasons have lost that ‘just survive’ ambition and turned them into genuine Europa League aspirants.  Eibar, who have morphed from unlikely intruders into genuinely normal top-flight members, stuffed a weakened Sevilla 5-1 in Ipurua to continue their impressive form and sneak up to 7th, place, a point behind the side they vanquished.  Girona, everybody’s favourites to return from whence they came this season, moved up to 9th, two points behind Sevilla. Girona, mixing a high-paced physical approach with some genuine young talent (save the old battle-axe Stuani) beat Athletic Bilbao 2-0 and have only lost twice in their last 15 games, a period which includes a 2-1 defeat of Real Madrid , a 6-0 pummelling of Las Palmas and a 1-1 draw at the Wanda.  Clearly, this is a side to be taken seriously.  Oddly enough, their worst defeat of the season was at Eibar (4-1), which says rather more about the winners than the losers in that particular case.

In the Second Division, little Huesca from a city of just 50,000 in the Aragon region lead the better-known Cadiz in 2nd place by eight points now, and are themselves entitled to dream.  Next season’s top flight would indeed look odd with Eibar, Girona and Huesca as honourable members, but would be none the worse for it.  If they do make it, the authorities will do their best to limit the damage done to the image of the elite by banishing them to the Friday and Monday night slots, but their fans won’t complain.  They even look like Barça (see pic). 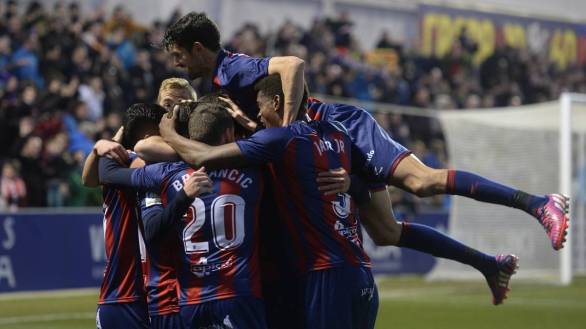 Real Oviedo too, after beating Asturian rivals Sporting Gijon 2-1 in the first league derby for 15 years in the Carlos Tartiere stadium – watched by a healthy 26,000 crowd – are level on points with 2nd placed Cadiz and can hope that their years in the wilderness (17 seasons) might be coming to an end.

Meanwhile, spare a thought for poor Valencia, defeated 1-0 at Atlético by a wonderful goal from Angel Correa. Their last three opponents have been Real Madrid, Barcelona and Atlético, and their next game is…..Barcelona in the cup semi-final 2nd leg this coming week.  They’ve lost all these games so far, but you’d give them a chance of making the final after only succumbing 1-0 in the Camp Nou last week.  The other semi-final is between the wonderful Leganés and Sevilla, after the first game ended all square (1-1) in the suburbs of Madrid.  With Sevilla in classic inconsistency mode, you wouldn’t put it past Leganés to reach a first historic final.  Nothing against Sevilla, but I hope Leganés make it.  It’s the kind of game that fits this week’s ‘hope springs eternal’ theme.

Right – time for bed.  To sleep, perchance to dream, and in that sleep of jet-lag what dreams may come?  That Grimsby Town may one day play in the Champions League and that when Iñigo Martinez returns to Anoeta in late April he will understand that loyalty is still an important value.  Oh…and next Saturday I’ll be in the Bernabéu to watch Real Sociedad , courtesy of an invitation from the esteemed Ed Alvarez. May his life be a happy one, but not next Saturday evening at close of play.